Knives are an essential tool that can’t be kicked out of your everyday essentials. Wo they have to be there, but their use must be limited. This is because they could be dangerous too if used illegally. Most western countries have made it illegal to carry along certain types of knives as they could be used to harm lives. This is usually for the pocketknives, whatever their type may be.

Pocketknives are carried by people for outdoor activities such as hiking, camping, hunting, etc. But that’s not their only purpose. They can be used as weapons too and people have been using them to torture, attack, and even kill others. That is why an important step needed to be taken by the government to limit the use of knives openly and provide maximum protection to every citizen.

In this article, we’re going to be talking about the laws related to knife use in New Mexico. New Mexico’s knife laws, which are fairly restrictive except for open carry, harken back to days when brass knuckles and switchblades caused near panic on account of fears that criminals would use them.

If you’re wondering ‘can you open carry in New Mexico?’ The answer is yes. It is legal to open carry. Everyone over the age of 19 who is legally permitted to possess a firearm can openly carry it in New Mexico without a license. The area around tribal land and places where hard liquor is sold is, however, off-limits.

The New Mexican Criminal Code prohibits buying, selling, owning, and carrying switchblades and knives related to them, including balisong knives which are also known as ‘butterfly knives’. In addition to throwing knives and throwing stars, many other types of knives are legal in the state.

Let’s study in detail what other laws related to knives apply in New Mexico.

Yes. Butterfly knives, which were previously called Balisong knives are illegal in New Mexico. They are not only illegal to carry but are also illegal to own or sell. The reason is that they can be used as a threatening weapon.

It may be their most dangerous feature that skilled users can deploy butterfly knives at incredible speeds. Since butterfly knives can be quickly drawn and withdrawn, they have historically been useful tools for criminals.

Laws Related to Carrying of Knives in New Mexico

In contrast to other states, knife laws in New Mexico are less restrictive other than open carry laws. Buying, owning, carrying, storing, and selling switchblades and knives related to them, such as balisong knives, is illegal in this state. Throwing knives and star knives, among other exotic knives, are legal.

There are no laws restricting citizens’ right to keep and bear arms in New Mexico. If an incident occurs which involves the right to have weapons, the state will handle it, not a municipality or county.

It is legal to carry large knives openly in this state, but concealed carry is not allowed. The court cases are proving that anyone carrying a knife in a car will raise the most difficult questions.

In contrast, New Mexico courts have ruled that ordinary pocketknives are okay to conceal, and there are state-wide pre-emption laws enacted, so you at least know what you will find in different parts of the state.

In New Mexico, residents and visitors can own, use, buy, and sell a variety of knives that are fully legal. Along with pocketknives and utilitarian knives (such as hunting knives), people are allowed to own the following as well:

Schools, school grounds, courthouses, and prisons are some of the usual exceptions to the open carrying of knives without breaking the law.

Laws: What They Say

Switchblades Possessed Unlawfully – According to the law, anyone who manufactures, causes to be manufactured, possesses, displays, offers, sells, lends, gives away, or purchases any knives with blades that open by hand pressure applied to a button, spring, or another device on the handle of the knife, or any knives whose blades fall into position as a result of gravity or centrifugal force, or movement leads to the unlawful possession of switchblades.

Switchblades are considered petty misdemeanors when used unlawfully. Butterfly knives are included in this statute, according to the court of appeals in NM.

Carrying a Deadly Weapon Against the Law – It is unlawful to carry a loaded firearm or another deadly weapon anywhere unless you fall under one of the following exceptions:

However, under the specific code, a peace officer, someone on private property, or a person in a private vehicle can carry a concealed deadly weapon.

Are Switchblades Legal in New Mexico?

Owning, carrying, manufacturing, buying, or selling switchblades is illegal in New Mexico. Any knife whose blades are operated by a spring-loaded mechanism, either triggered by a button or some other mechanism, by gravity or centrifugal force, or as demonstrated in State v. Riddall, through a combination of these mechanisms, is termed as switchblades.

Despite their functional differences, the State v. Riddell’s case established that balisong knives are illegal switchblades in New Mexico and therefore illegal to possess or carry.

Can You Open Carry in New Mexico?

Yes. Open carry refers to a gun owner carrying their firearm visible to other people, such as attached to their belts. In New Mexico, anyone over 19 who is legally able to carry a firearm can carry openly without requiring having a license. There are some areas off-limits, such as tribal land and liquor stores.

New Mexico does not prohibit the carrying of brass knuckles, however, it is illegal to carry them concealed or hidden without a license. Those who fail to adhere to this law will be charged with a misdemeanor and fined up to $1000 and imprisoned for up to three years.

What is the legal length of a knife in New Mexico?
In New Mexico, knives aren’t subjected to length restrictions because knives are considered deadly weapons regardless of their length, as it is believed that they possess the ability to cause dangerous injuries. It is not the length that decides the legality of a knife in New Mexico, rather it is the type.
Can I put a knife in my checked bag to Mexico?
All knives in hand luggage have been banned by IATA, the association that controls 82% of air traffic. However, checked luggage can contain any type of knife. In accordance with the TSA, you can carry any knife in your checked bag, including Swiss army knives, swords, and death stars. Neither TSA nor any other federal agency limits blade lengths, curved blades, or concealed blades. In order to ensure the safety of the agents checking your bag, all sharp objects must be safely packed inside. This is necessary to secure the blade safely when performing an inspection to avoid accidents. You could face legal action if you injure an agent with a knife that wasn’t properly secured. Nevertheless, it is crucial to keep in mind that the TSA is the only regulator for restricting luggage items. Other airlines, customs, and authorities prohibit many knives from checking luggage.
What knives are legal in Mexico?
Here are the types of knives that are considered legal to own. Bowie knives Throwing stars or throwing knives Stiletto Stabbing knives such as dagger and dirk

In different states, open or concealed knife carrying is subjected to different laws depending on the knife law. Carrying a weapon concealed or openly can lead to any type of crime. The most important aspect of carrying knives is knowing exactly what the law states.

Knife laws in New Mexico are not that difficult to remember. If you have a knife concealed out there, you should avoid doing so. It’s very restrictive to conceal a knife. The use of switchblades and Balisong knives is still outlawed here like in almost every other state.

However, there is a long list of deadly weapons that cannot be carried concealed. Therefore, if you are a knife user or plan to become one, it is time to know the laws first and be cautious! 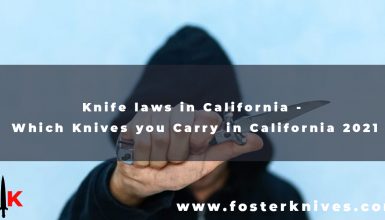